We have been in contact with one of the descendants of the South Family who owned and ran one of the prominent potteries in Tottenham until it closed in 1960.  Ken Barker has been extremely generous and shared his memories and research with us along with some fantastic images of the White Hart Lane Pottery during it’s heyday for us to use during our workshops and exhibition

The South Family Potteries, also known as White Hart Lane Potteries, were originally founded in Edmonton by Ken’s great great grandfather, Joseph South in 1868.  In 1888, Joseph’s son Samuel South relocated the pottery to much larger premises in White Hart Lane where it then passed to his son, Ken’s grandfather, Samuel in 1919.

This newsreel from the Pathe News Archives shows the process and speed at which the pots were turned by those who had perfected the art of ‘throwing’ – a mere 1,200-1,400 pots per day per potter – suffice to say we are using a different method of production called ‘slip casting’ as we do not have the facilities for throwing, nor the speed necessary!

In 1957, Walter South, who was the brother of Ken’s grandfather and also worked at the pottery, recalled that when Spurs moved to the High Road ground in 1899, the South pottery supplied broken “crocks” (pots) to be laid as a drainage foundation under the pitch. Ken’s grandfather, Samuel was a lifelong supporter of Spurs and purchased his first share in 1903. Samuel was also a life long friend of Bobby Buckle, a founder member of Spurs and the first amateur captain.

The link between the Souths and Tottenham Hotspur FC is of great interest to us, particularly as we are taking clay from the new stadium to produce new pots whereas they were placing their broken pots into the ground of the old one!

You will be able to find an abundance of information on Ken’s extremely informative website, http://www.samuelsouth.co.uk along with details of his book called ‘South from Barley’ charting the Souths journey to the area and beyond.  There are also plenty more fantastic images similar to these that Ken very kindly sent through to us.

We received the fantastic news that Tottenham Hotspur Football Club and Middlesex University are generously sponsoring our project and we now have confirmed dates for our workshops at 810 High Road!

We have had meetings with various groups in the area who have all been extremely helpful and we are also featured in an article on the Team North Tottenham website.

Workshops are running from 10am – 1pm and 2pm – 5pm on the following dates:

Each session will be for a maximum of 10, with 5 spaces reserved via email:                         collectiveexchange.info@gmail.com and the remaining 5 on a first come first served basis. The minimum age is 6 years and to be accompanied by an adult.

We will also be recording any personal anecdotes or stories participants may have of living in the local area which they would like to share. These will be included in the exhibition that will be held at 810 High Road from 22nd – 24th July in which all the work made during the workshops will be on display.

So come down to 810 High Road and join us in making some pots in true old Tottenham style! 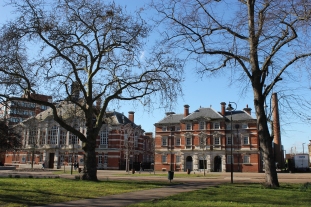 Walking up from Seven Sisters Underground Station, the regeneration process has already started around the Tottenham Green area.  This part of the High Road has an imposing sense of space, with its wide pavements, the majestic buildings set back from the road. 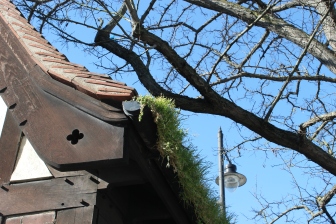 As you travel further up, the urban landscape starts to alter as pavements narrow, the bustle of everyday life starts to creep in… 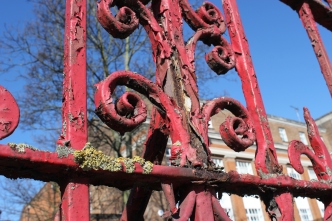 The once well-cared for start looking a little jaded around the edges.  Facades corroded, exposing their vulnerabilities and weak spots, pasts hidden behind boarded up windows… 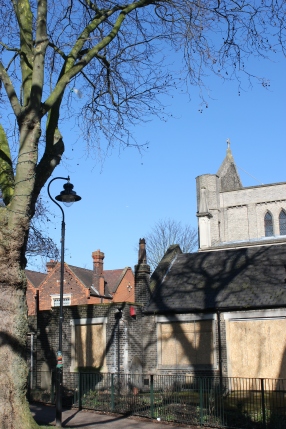 The used and the unused, sitting side by side, both clamouring to tell their tales and reveal their stories…